​Welcoming New Employees Into the Union 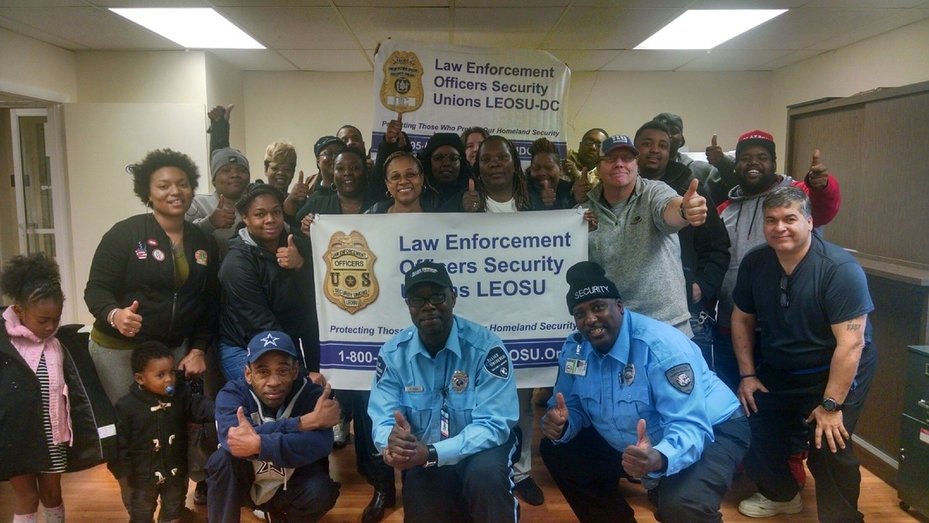 When researchers examine what’s different about local unions with high levels of membership participation and those that don’t, one of the most important factors is that members have had “positive personal contacts” with the union during their first year of employment.

It’s not rocket science: we all feel good about those who help us feel comfortable in a new situation. If it’s someone from the union (LEOSU-DC Stewards, for example),  then those feelings will generally transfer to the union. This works especially well in a rank-and-file union like LEOSU-DC because LEOSU-DC Stewards are also co-workers, not someone from outside the workplace.

WELCOME NEW MEMBERS DURING THEIR FIRST DAY ON THE JOB!

Don’t wait — and don’t miss this opportunity. The department steward should introduce themselves and give the new security officer a brief rundown on the union and the workers rights. Most workers starting a new job will be thankful to see a friendly face and to have someone to talk to about the Union and the job.

SIGN UP THE WORKER ON A UNION CARD RIGHT AWAY.

THE UNION SHOULD ALWAYS SIGN UP A NEW WORKER.

The worst situation occurs when the employer has the new worker sign the union membership and dues authorization card. New workers will automatically assume the company runs the union. If the person doesn’t meet a union representative immediately, they may assume the union is only there to collect their dues. Unfortunately with some unions this is the truth.

They need to know how much they are and what they are for. Most workers, especially young people have never belonged to a union. All they know is the bad propaganda that they read in the newspapers. Some workers may have belonged to a corrupt or do-nothing security union, so it is important to explain how LEOSU-DC is different.

DEVELOP A SHORT HISTORY OF YOUR LEOSU-DC LOCAL.

Write about the Union’s accomplishments in improving the wages, benefits and working conditions at the workplace.  It is not too hard to put together a brief outline of union gains. What were the wages, health insurance, and vacations like prior to the union. Was there favoritism and no way to solve problems? Contrast this with the current wages and benefits, and list some problems solved using the grievance procedure.

LET THE NEW WORKER KNOW WHAT IMPROVEMENTS THE UNION WANTS TO SEE IN THE FUTURE.

There is always something that needs improvement. Especially in a newly organized workplace where many things could not be fixed during the first contract. The new employee needs to know the union is still concerned about workplace problems.

“Seniority,” “grievances,” “union contract” may be confusing words to a new employee. Don’t take it for granted that the new employee understands union terms. The union steward must take the time to explain what these and other terms mean. The new security oficer may not even know what a union steward is, and maybe surprised and confused when someone introduces themselves as “Hi, I’m your Union Steward.”

Once a security officer is past their probation period make sure they get all the Union material they need. This should include a copy of the union contract and the union constitution. The Steward should make sure that the proper forms are sent to the LEOS-PBA International Union or LEOSU-DC National Office so we can keep him informed of ongoing events and news.

Let new members know the schedule for union meetings and be sure to invite them to the next meeting. By following the steps we have presented to you in the end the Union will become a strong voice at your workplace.