Breaking in a New Boss 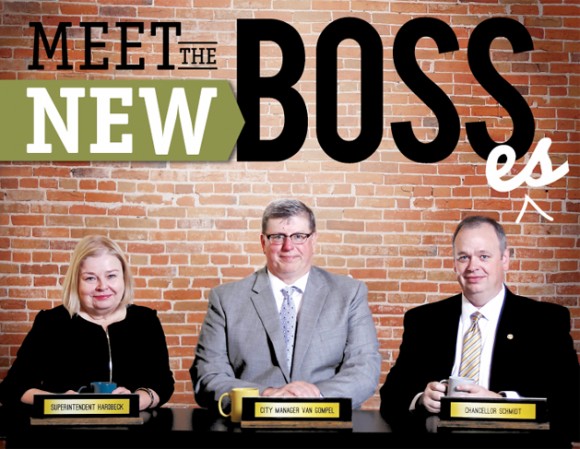 ISSUES
You’ve got a new boss, bosses, or maybe an entirely new management team. This is not uncommon within the security industry whereby security contractors come and go. He, she or they want to make the point that “things will be different.” How different will they be?

Here are some issues to consider involving both the legal aspects of what can or can’t be changed, the reality of your workplace and what it will take to make sure respect for the members is preserved (or reestablished) …

The new boss will often try to “make an impression.” Here are some thoughts on how to make sure a new boss learns how to act like a civilized human being.

Here is a situation that can happen to any union local, sometimes more than once…

Corporate management appoints a new management team, or local management hires a new personnel manager, or your previous employer loses the contract to a competitor security firm . Management announces that from now on things are going to be different, rules will be enforced, discipline will be handed out. New company policies or work rules are posted or handed out.

A steward files a grievance, management rejects it because it was not written properly, or a deadline was missed. The union committee cites past practice, management states they are new, and that only past practices that benefit the company will be recognized. Union members are mad and demand that the union take action. Even lower level management is complaining and tells the union that they better do something about the boss.

What causes this to happen?

Often its a new young boss trying to make an impression. Since many workplaces are non-union, odds are this person has never dealt with a union before. They don’t understand how a unionized location operates. It's up to the union to not only defend working conditions, but also “break in” new management. They may need to be taught how to act like civilized human beings. Respect for the members must be reestablished.

As with most situations, there are two aspects to consider, the legal issues and dealing with reality. How much can the union afford to let management get away with? When has management crossed the line, forcing union leaders to take a stand?

The unions best weapon is its members.  Often what's needed is a method to remind the employer of the members power. It could take one or several reminders. Management can be slow learners, but eventually the message will get through and respect for the workers will be reestablished.

• Discuss the situation with the members immediately. Hold meetings, either formal or informal (at lunch, in the parking lot, in a nearby restaurant).

• Make sure a substantial majority of the members are on board and that they understand the problem. New management can be the best activator and organizer of union members.

• Call a stewards meeting right away. Get the stewards on board. Hold a mini stewards class, if necessary. Make sure the stewards know their legal and contractual rights. Be sure they know the proper way to write and present a grievance. Make sure they understand the importance of meeting the contract time lines.

• Don't skip steps in the grievance procedure, even if the supervisors claim they can't do anything to resolve the grievance. If union members are going to be made miserable by the new management’s tactics, lower level bosses need to be made just as miserable. Pressure must be put on them to help whip the new managers into line.

• Work on management at every level. Try to determine if this attack is the policy of the employer, or the action of a new boss out to make an impression. We have more leverage if the problem is with the individual. If that’s the case, other levels of management may not be interested in going to war with the union. Try to use any division in management to the union’s advantage. Remember, management will generally not publicly denounce one of their own, but if we can pit them against each other the union will gain bargaining leverage.

• Don't expect to win this fight overnight. It will take time. Make sure the members and stewards know and understand this. Don't allow management to single out union officers or stewards for punishment. Advise people not to lose their temper or do something stupid. That could be playing into management’s hand. They may be looking for a union official to fire to scare everyone else.

• File a lot of grievances, they may have to be withdrawn later, but let the employer know that people are no’t happy. Let management know you are willing to spend as much time as it takes sitting in grievance meetings. When possible, present group grievances. (Either file a lot of separate grievances, or have everybody sign one grievance). Have as many members as possible come to the grievance meeting to testify.

• Work to rule when you can. Take time filling out paper work and always work in an extremely safe manner. Everyone should ask their immediate supervisor a lot of job related questions. Remember, being a model employee takes time.

• At some point the union may need to take the fight outside the immediate workplace. Petitions may need to be sent to corporate headquarters. Informational picket lines can be held (off hours). We can also use social media to get our message across. This is a new and powerful weapon and ruled by the NLRB as protective activity.

• Figure out what the best resolution to this problem is. It’s rare that the employer will fire a boss because the union demands it. Most likely, someone different will handle the grievance procedure for a while, or the situation may improve over time. Leave management room to save face.

The New Boss and the Grievance Procedure

Here’s the situation. A new boss is hired by the employer and he/she decides to “go by the book.” The grievance procedure used to be fairly informal. Stewards tried to work out problems with their supervisors. If that didn’t work then the Chief Steward would go and talk to the boss. Sometimes you followed the time limits, more often than not neither side paid much attention to time limits.

Now all of a sudden this new boss comes along and insists on “going by the book.” Supervisors are rejecting grievances because they aren’t written “properly.” Grievances are denied because time limits are missed. The boss refuses to meet with the Chief Steward saying the union is bypassing steps.

There are two ways to go here. First, lodging a protest about management violating the past practice of having an “informal grievance procedure” and not wanting to “get along.” This is good for trying to embarrass management but it’s no substitute for doing what really needs to be done, which is to get the union structure ready for a fight!

WHAT DOES THIS MEAN?

It means training the Stewards to follow the grievance procedure exactly, learn about the time limits, and the proper way to write a grievance.

It means to not cut the supervisors any slack. When they want a favor, make them realize that they are the ones declaring war. Mobilize the members around grievances. Instead of writing one grievance that covers a group of workers, have each individual write a grievance and demand to meet with the supervisors and bosses at every step.

Don’t let the low level supervisors off the hook when they tell you “I can’t settle any grievances so don’t bother me, go to the next step.” Make them sit through hours of grievance meetings. Remember each hour that workers are sitting in grievance meetings is an hour of work that isn’t getting done.

When these type of battles happen we may not get the management back to dealing with us the way they did in the past. But, what we do end up with is a stronger union.

The Law Enforcement Officers Security Unions (LEOSU) and its National Unions,  Local Unions, Divisions and its Affiliate members and business agents will always be on hand to help assist you and the members in this fight.